Scrap Plaza is a small unit inside the KLM corporation. It was founded in 2006 as a maintenance sector for the aeroplanes that flew via Amsterdam Schiphol airport. Initially their focus was just to maintain the planes. 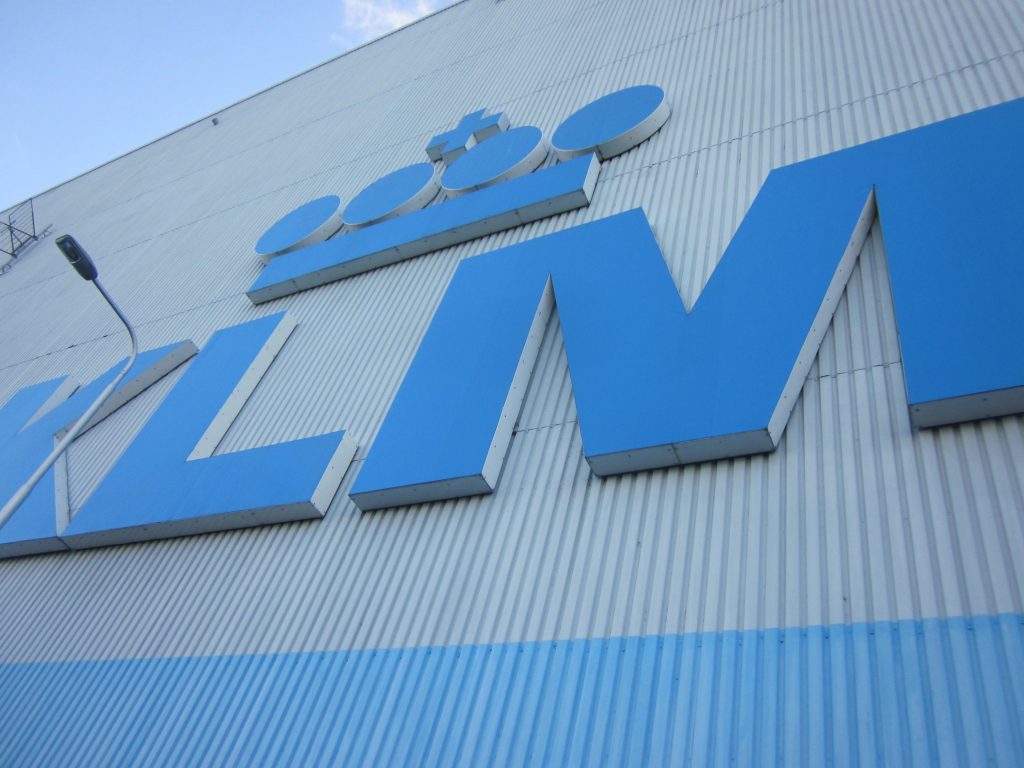 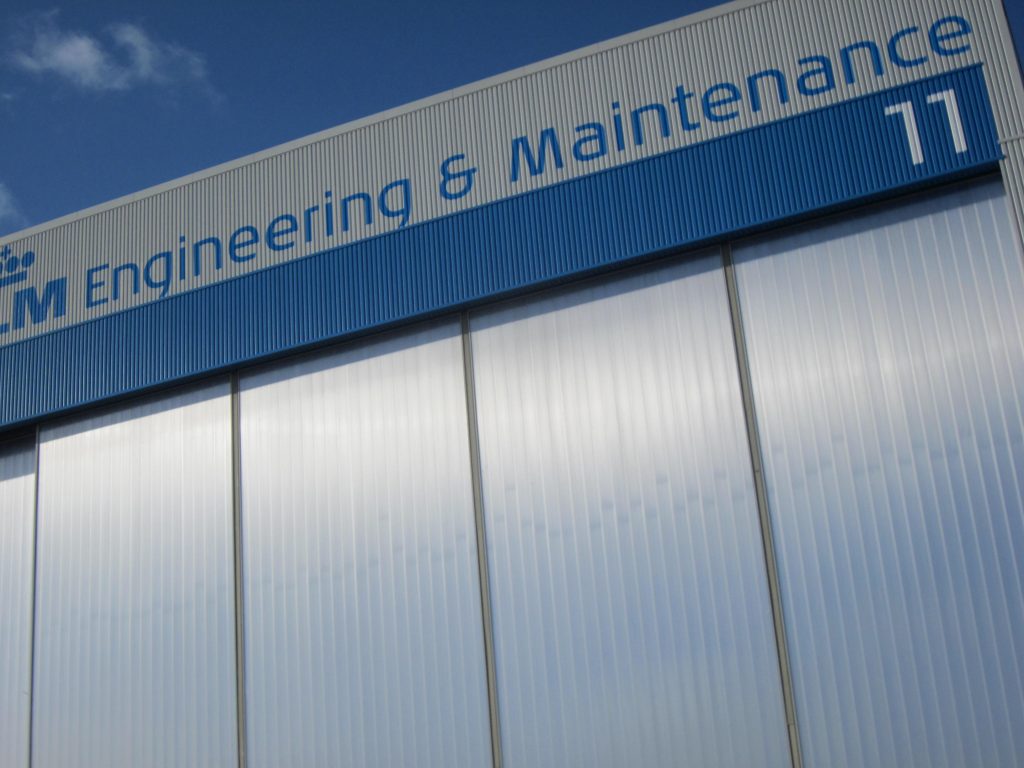 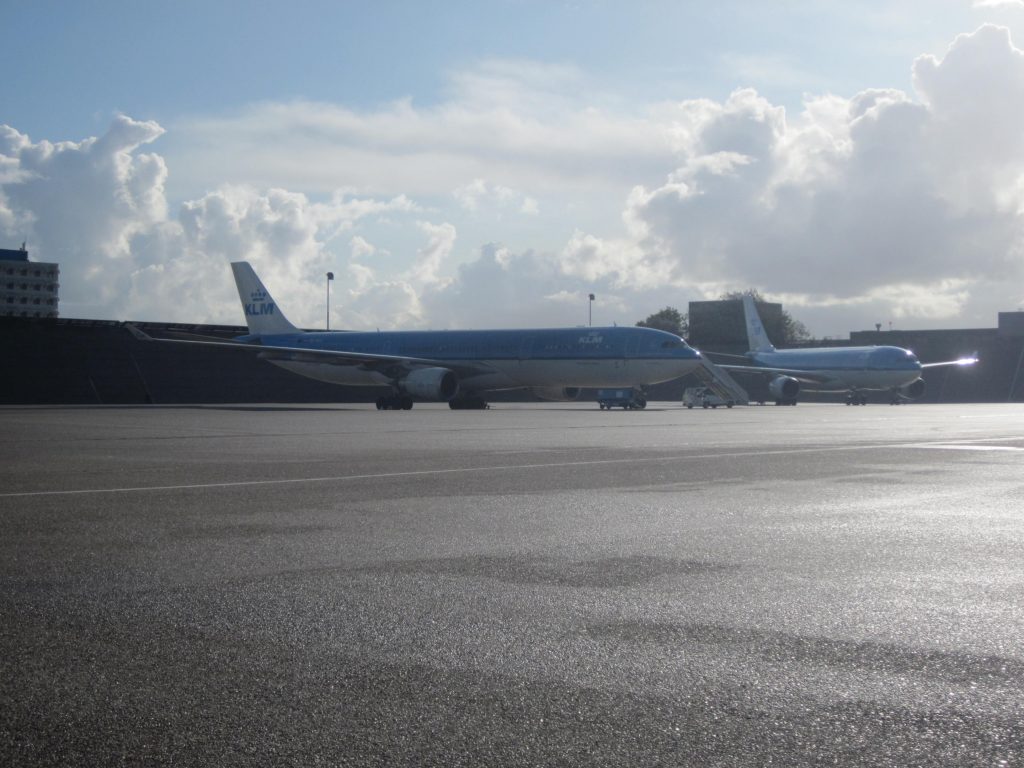 Gradually they also started providing materials such as metal, rubber and electronics parts to the recycling industries which used to be left over after the maintenance. They offer maintenance services to 35 to 40 customers. In the few recent years KLM Scrap Plaza has gotten more plastic waste from maintenance parts than before. They wanted a solution for this plastic problem. They wanted a better process to get rid of this plastic waste which will be beneficial for the KLM corporation and it may help KLM Scrap Plaza expand to accommodate more projects and lot more recyclable material. But more importantly they wanted to dispose of the plastic in a responsible way. KLM is one of the most sustainable airlines in the world and they want to continue being the same. 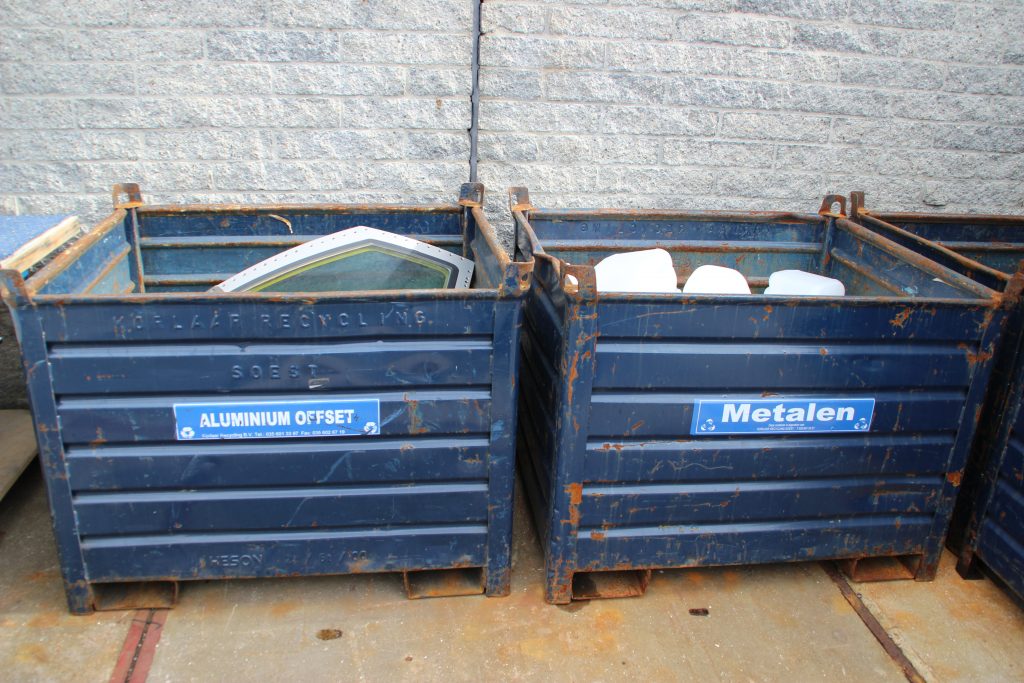 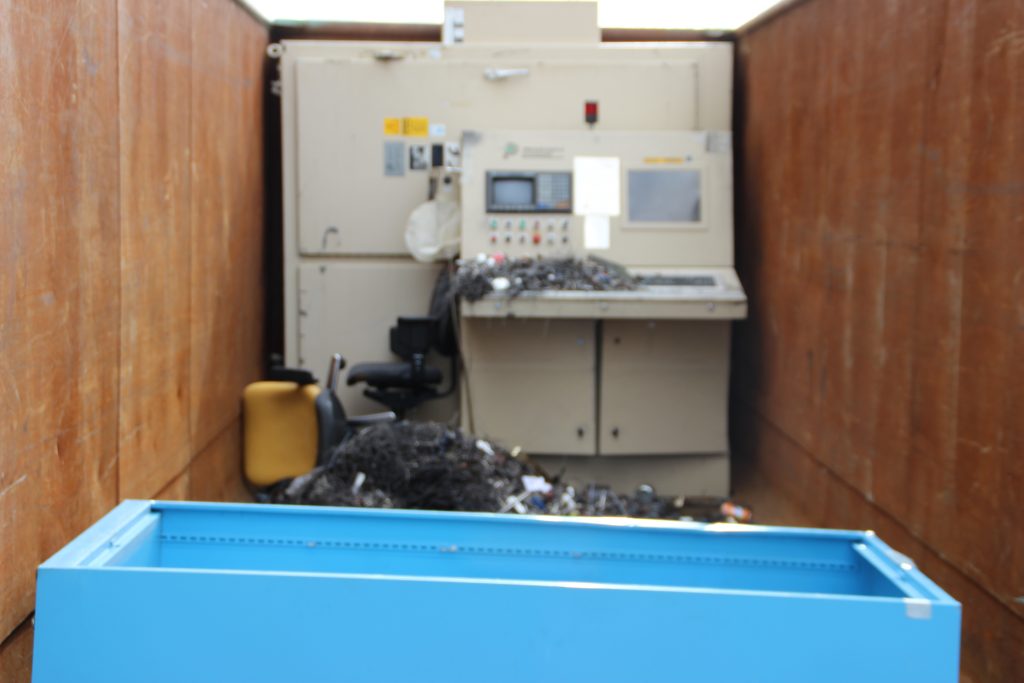 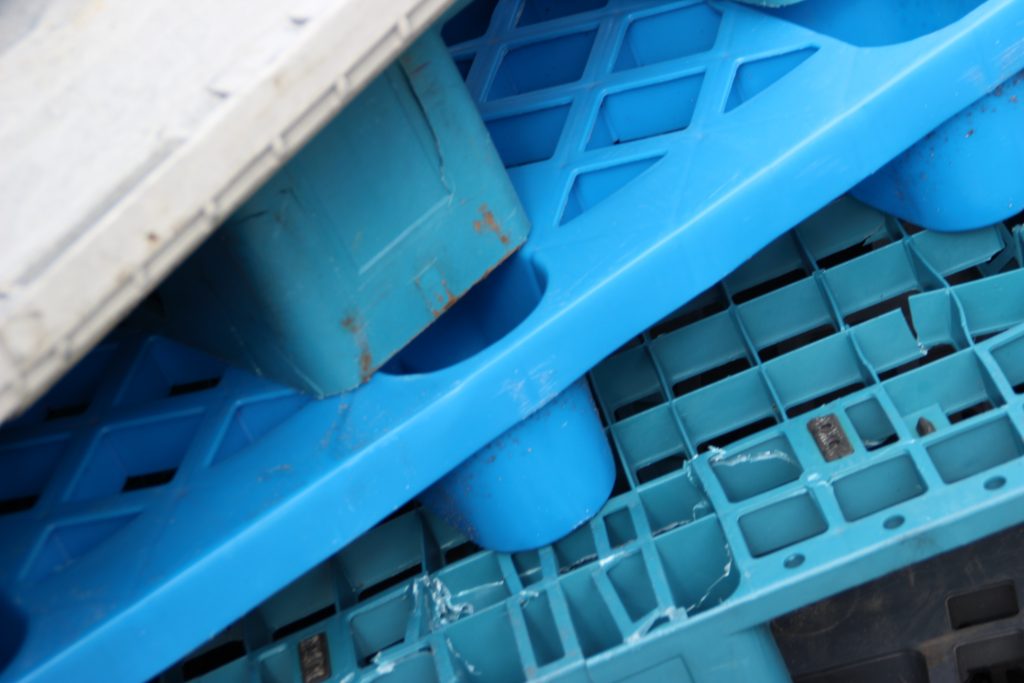 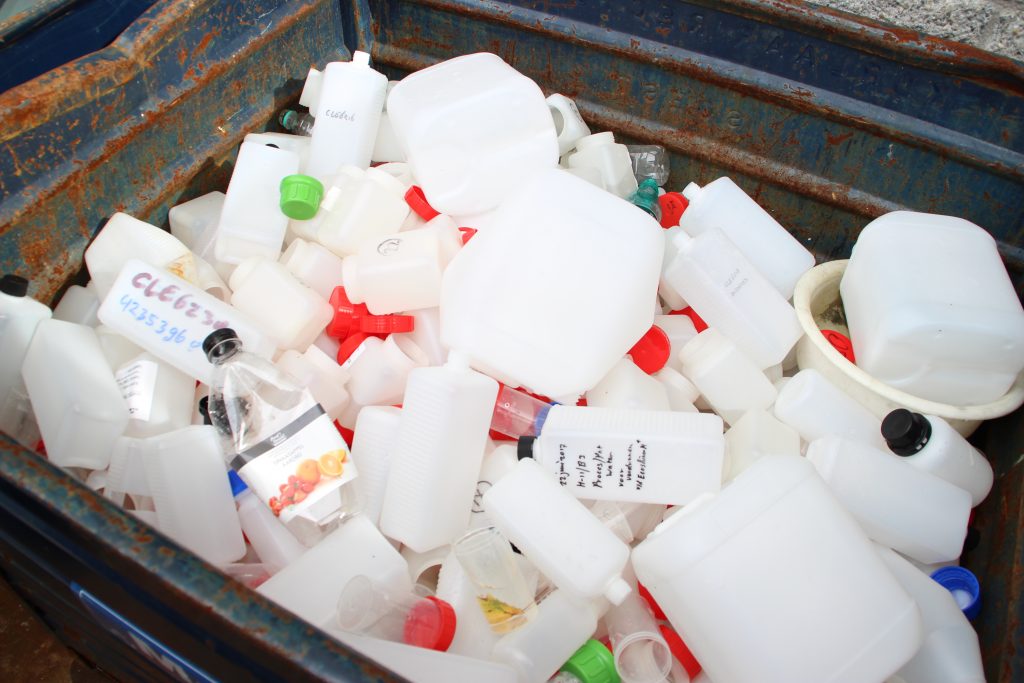 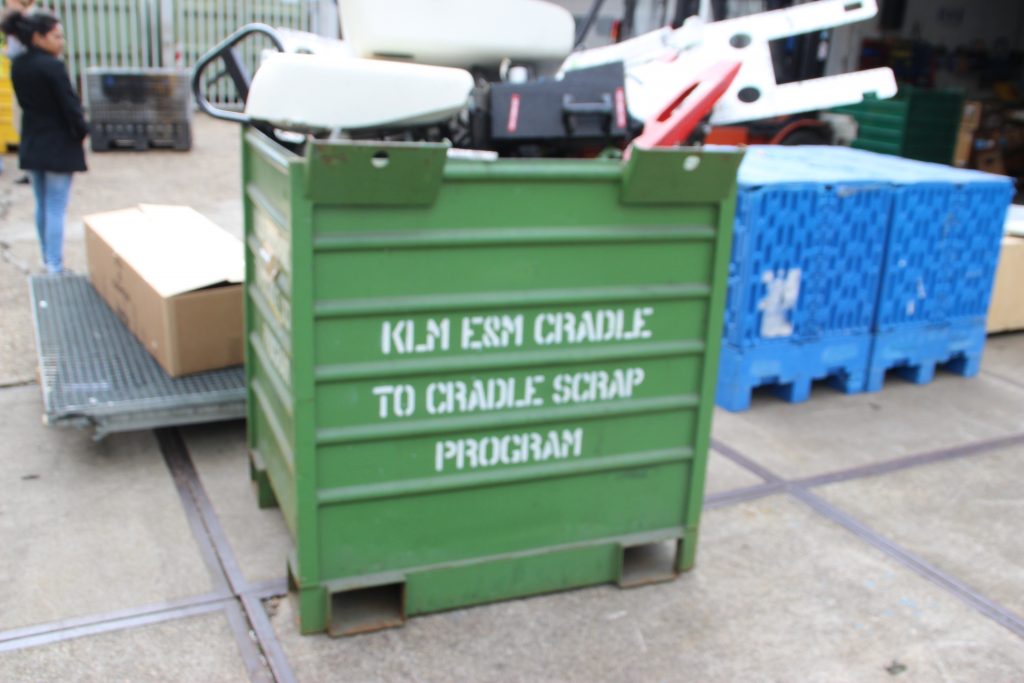 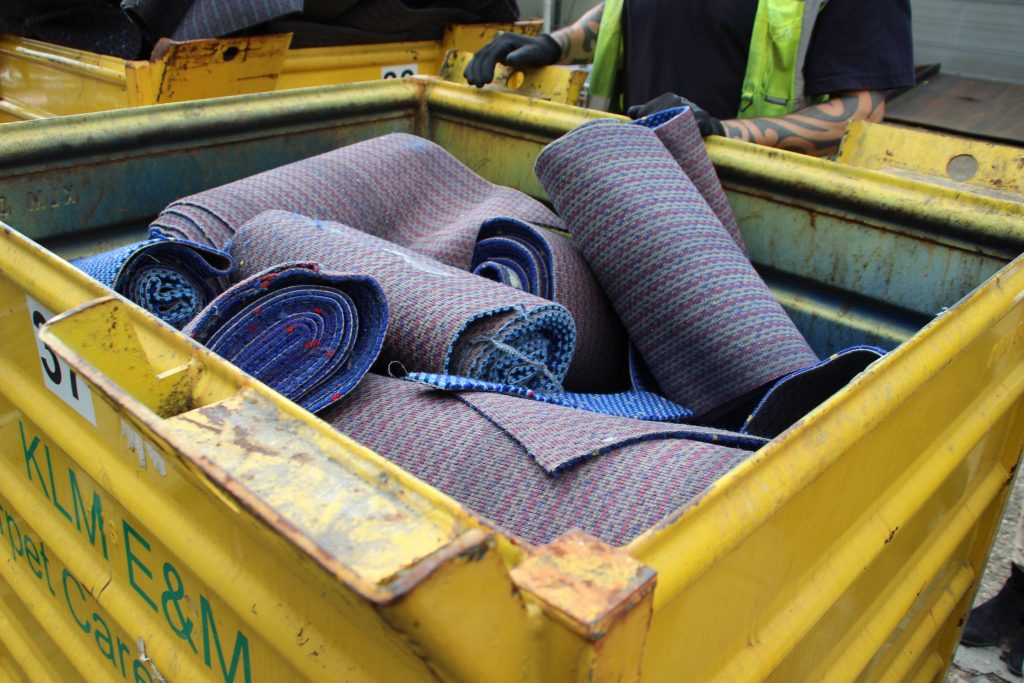 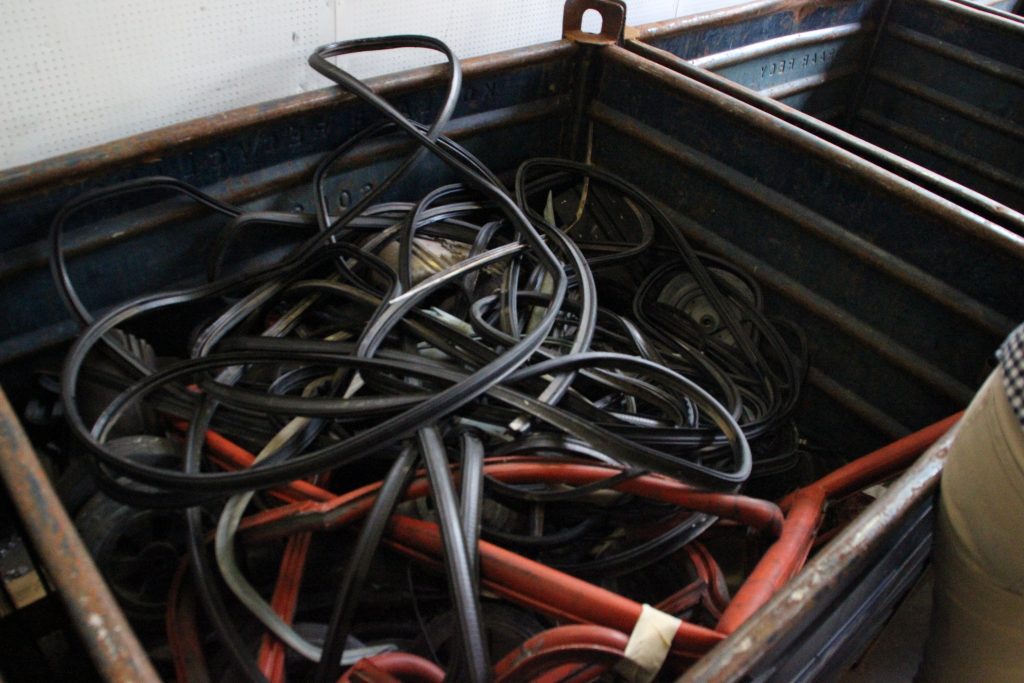 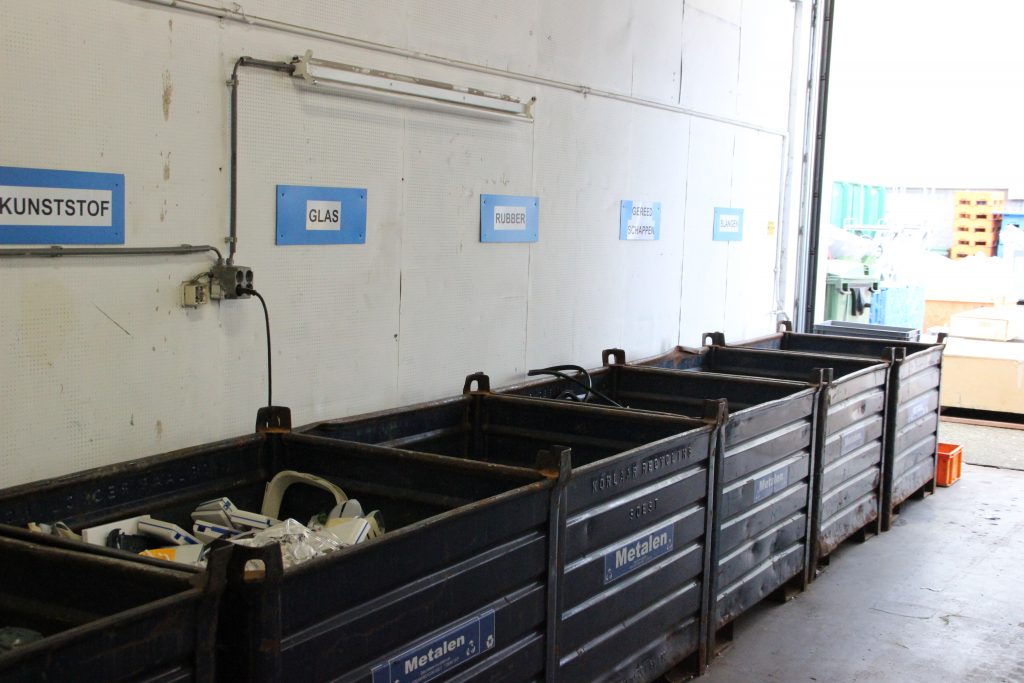 We visited KLM Scrap plaza for the first time on 14th September, Thursday. It is located deep inside the Schiphol airport. It did take us some time to locate it after clearing the security. It was a small unit with few employees. They gave us tour of the entire unit, explained what they did there and showed us how they worked. Basically, as they are into engine maintenance, there are many parts that they cannot get rid of until the specific airlines request them to do so. It is all about security and following the protocol of safety. 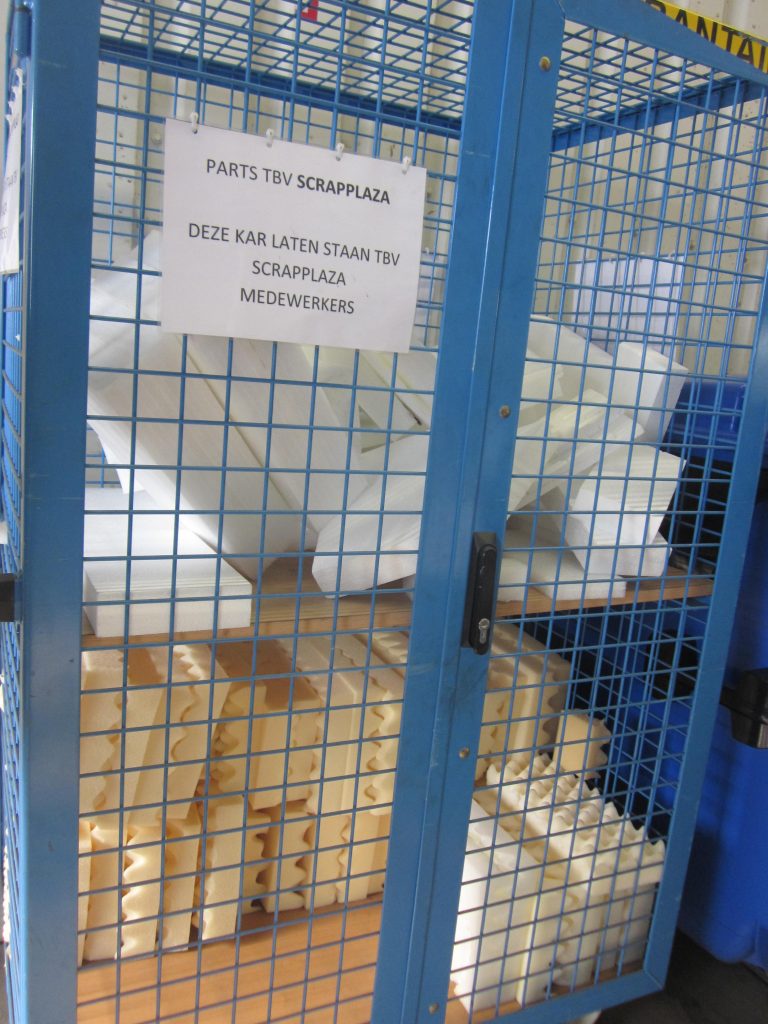 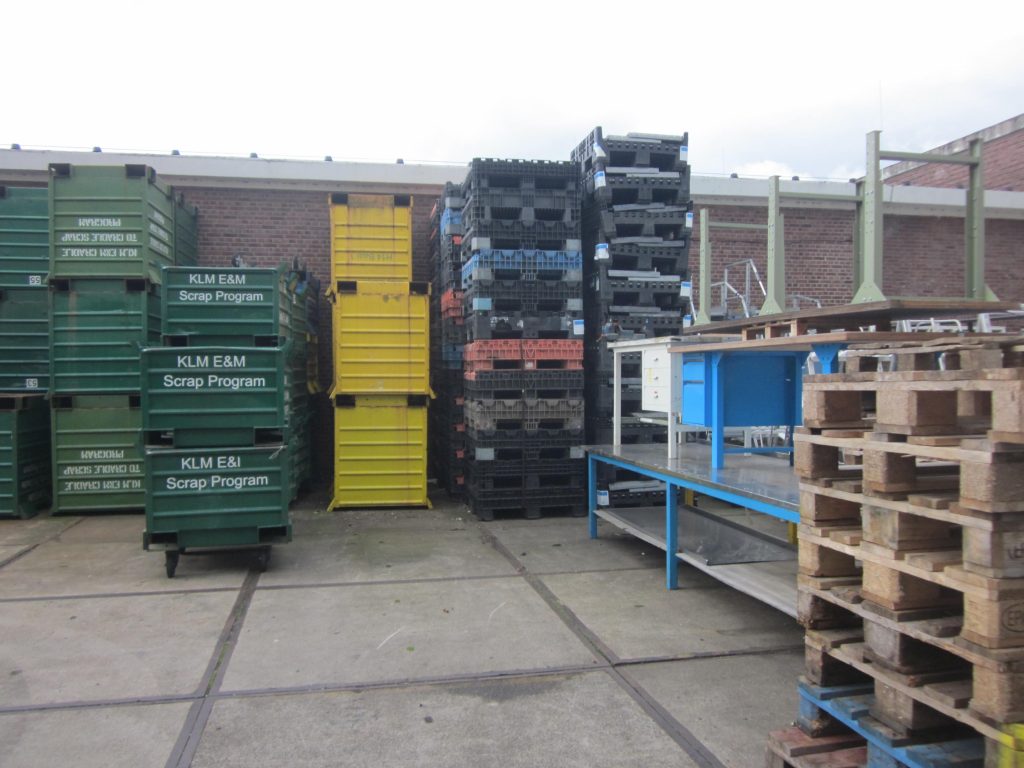 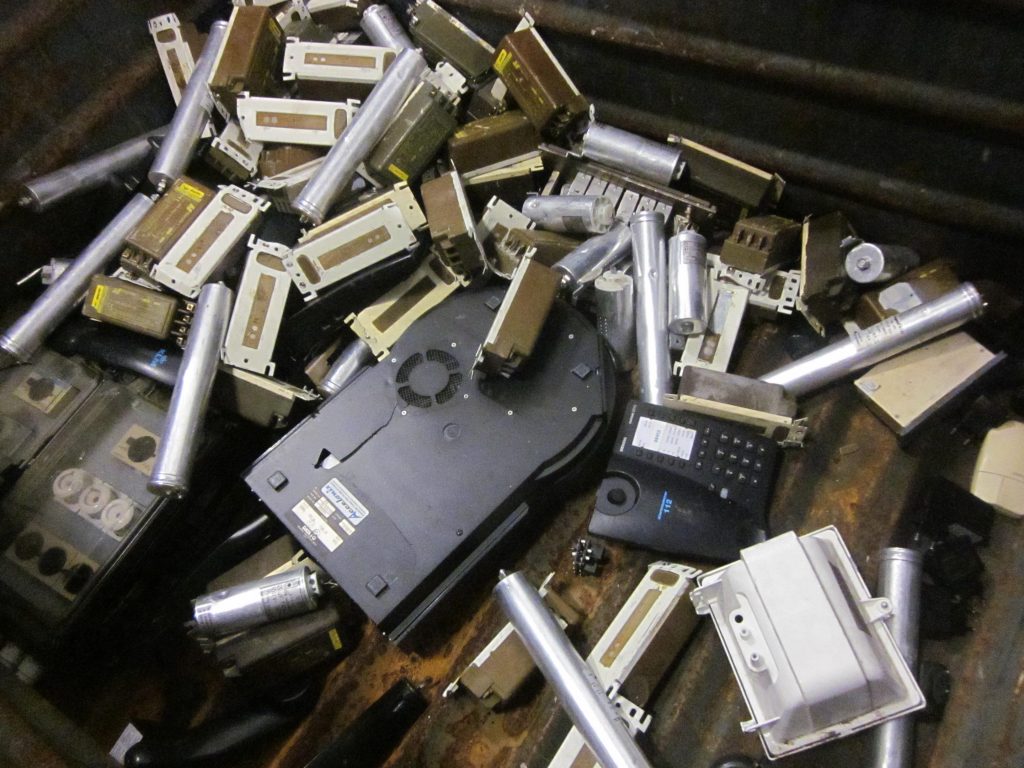 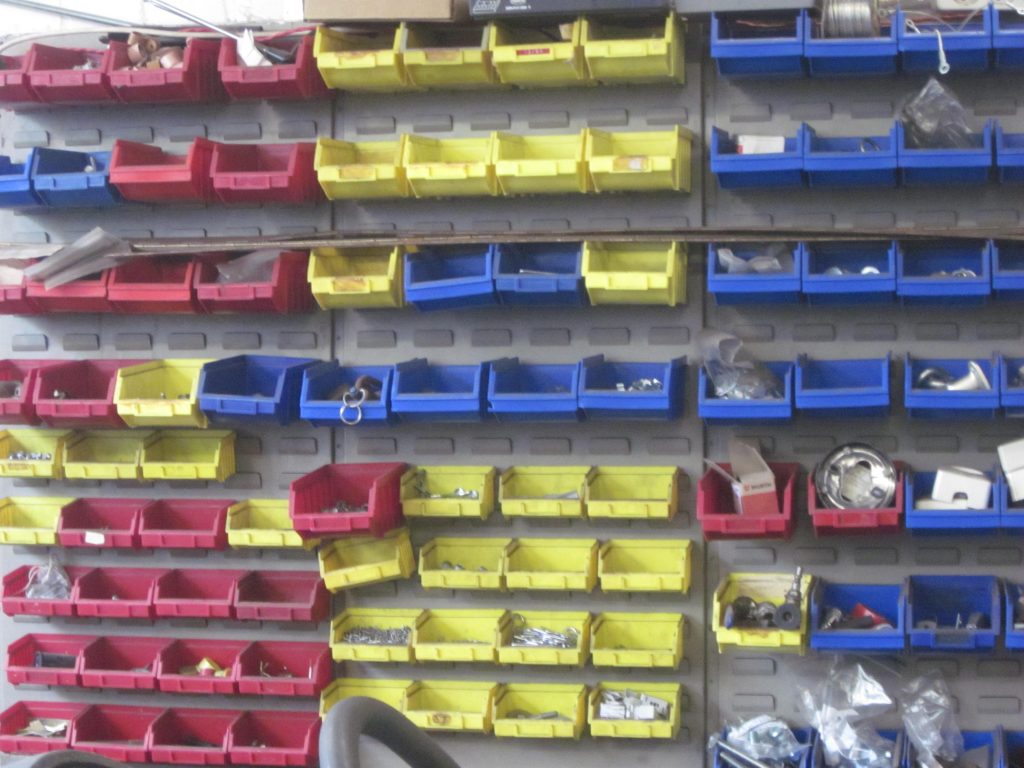 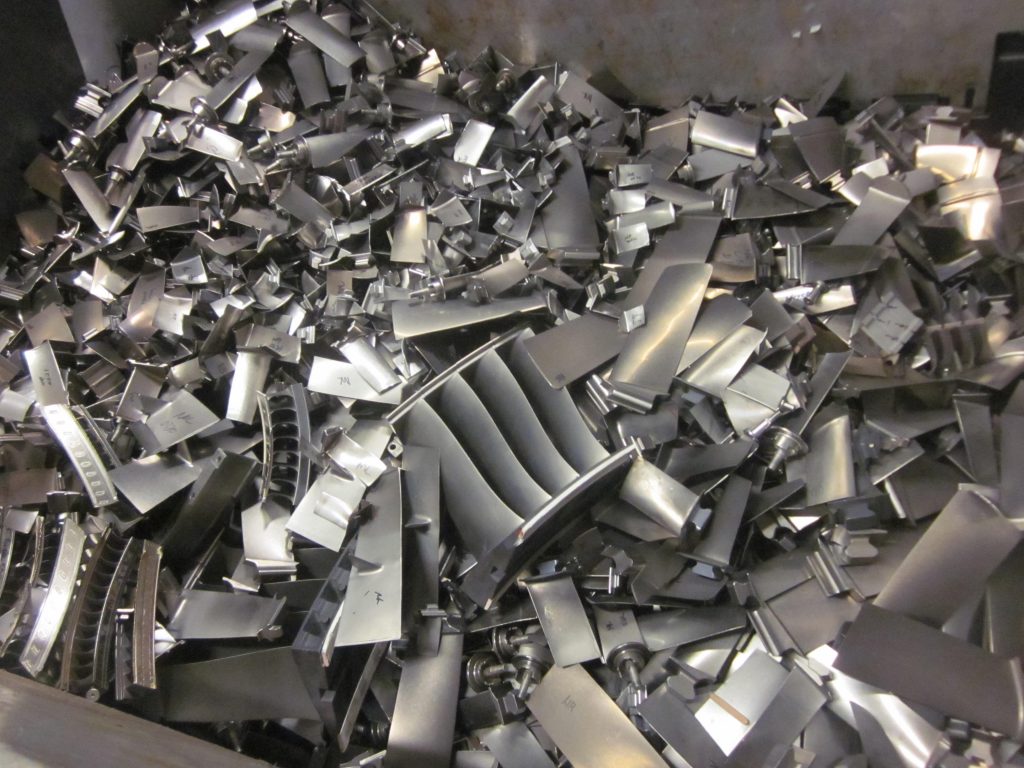 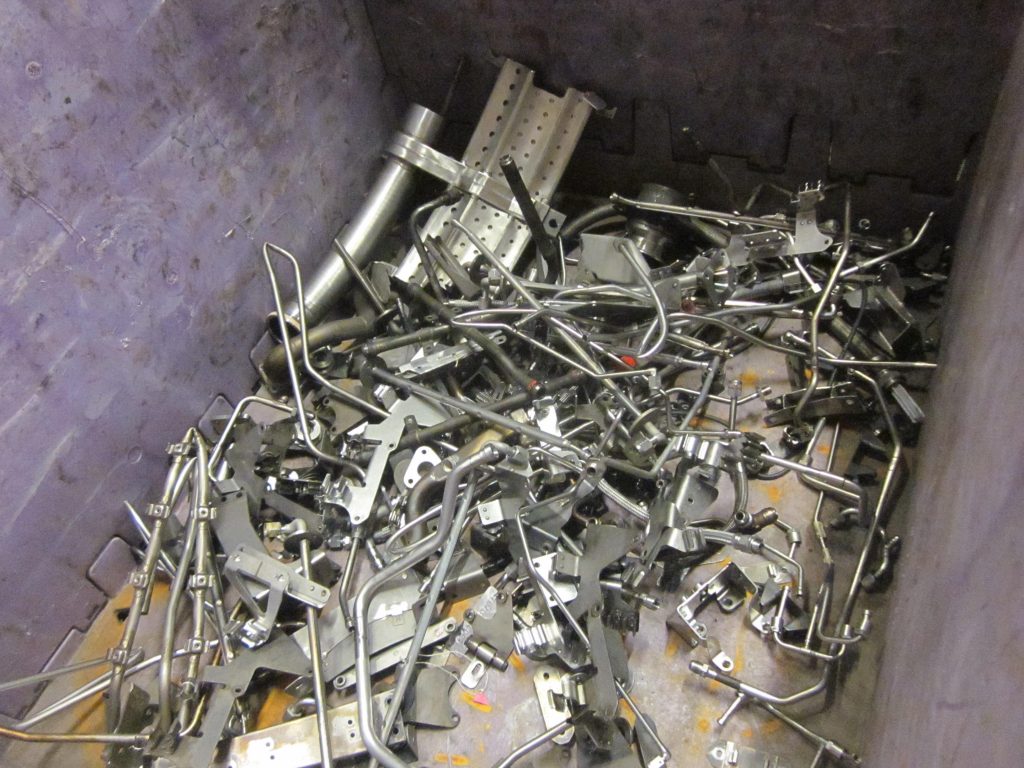 We saw which components they sort, different kinds of materials they sort and how they have a perfect plan of sustainable disposal for all the different materials they deal with except plastic. We also got the opportunity to see GEnx 777 engine and it was fabulous. We took pictures with different plastic objects they receive as waste and interviewed them. Our motto was to gain as much information as possible from the client. 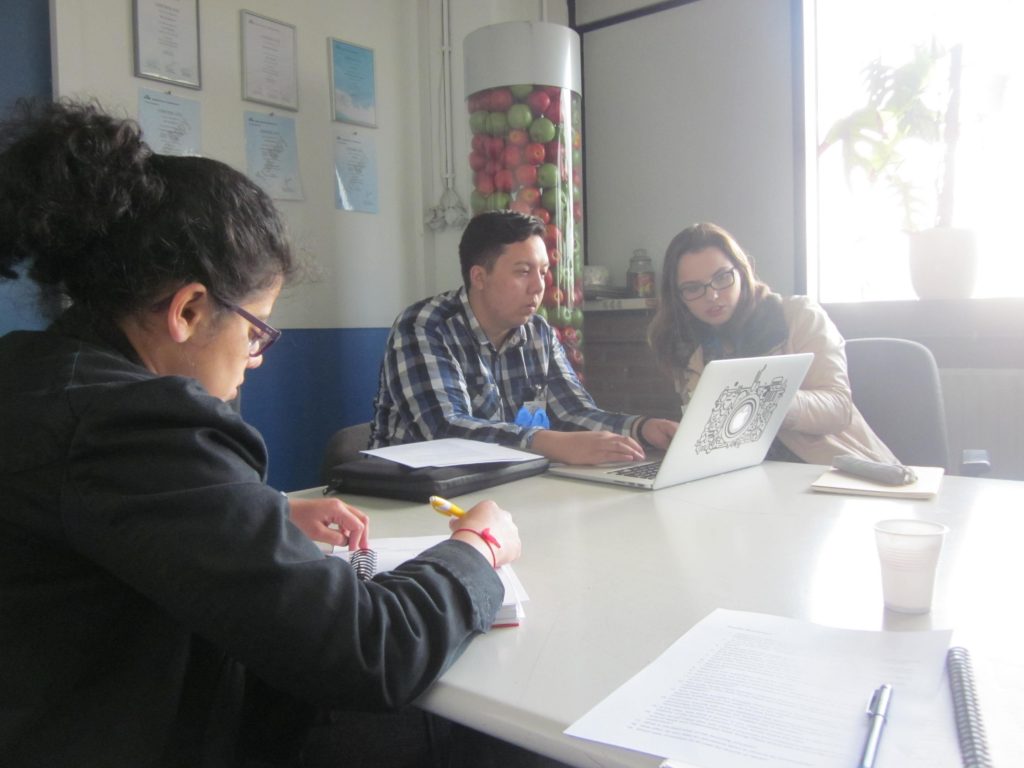 As it was our first meeting we tried to stick to the formal question and answer session for gathering the vital information.

After the first meeting we began to plan for our first Sprint together. Sprint planning is the most important part of the SCRUM process. It took us one whole day to plan the entire sprint which consisted of a sprint goal, sub-goals, methods and processes to accomplish those goals and finally the minimum viable product as deliverable. Another important aspect in the SCRUM process is the definition of being done. To consider a task as complete it must satisfy its own definition of being done and only then that task will be accepted as complete. The goal for the Sprint 1 was to ‘Create an interactive prototype in 3 weeks to show the current process at Scrap Plaza and stakeholders and define the user of KLM’s Scrap Plaza so that the possible intervention points can be derived’. To accomplish this goal, we used methods such as Photo safari, one-on-one interview, literature review/ secondary research, stakeholder map, actor’s map, brainstorming and build the prototype. 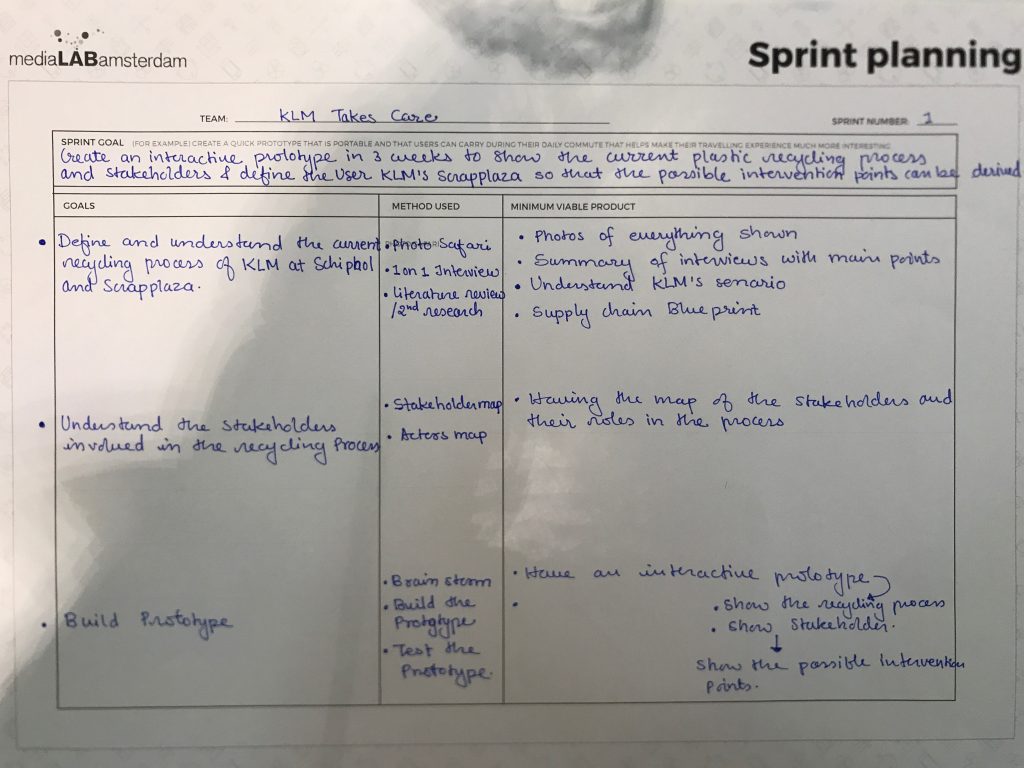 The above picture shows the Sprint planning sheet. 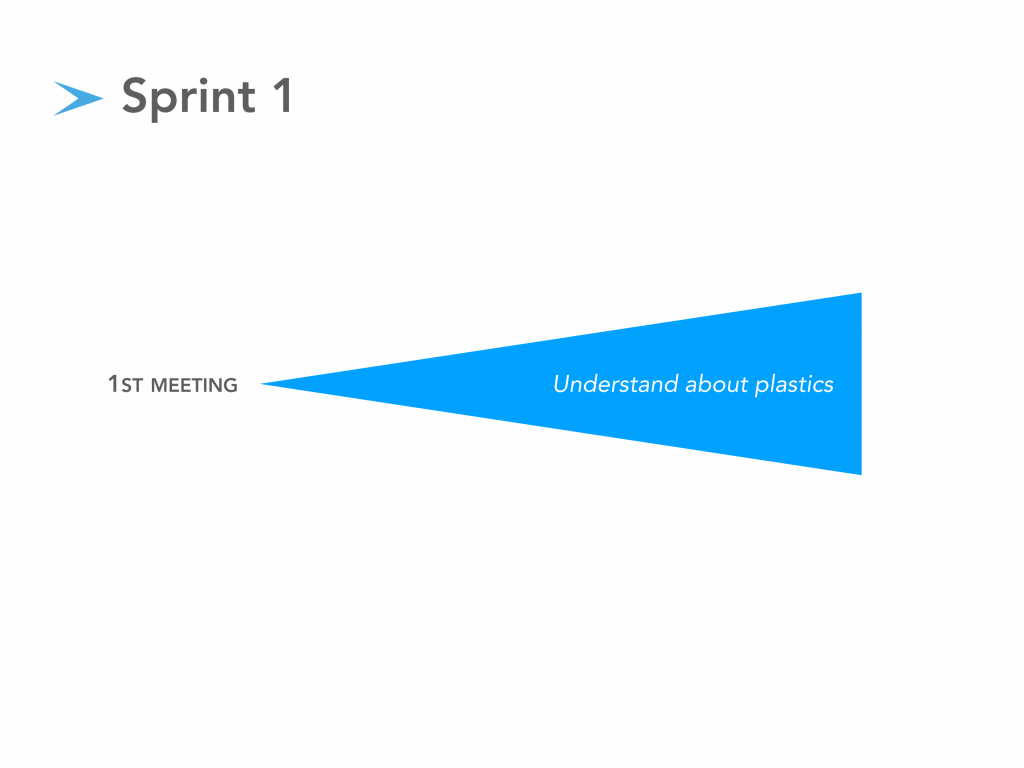 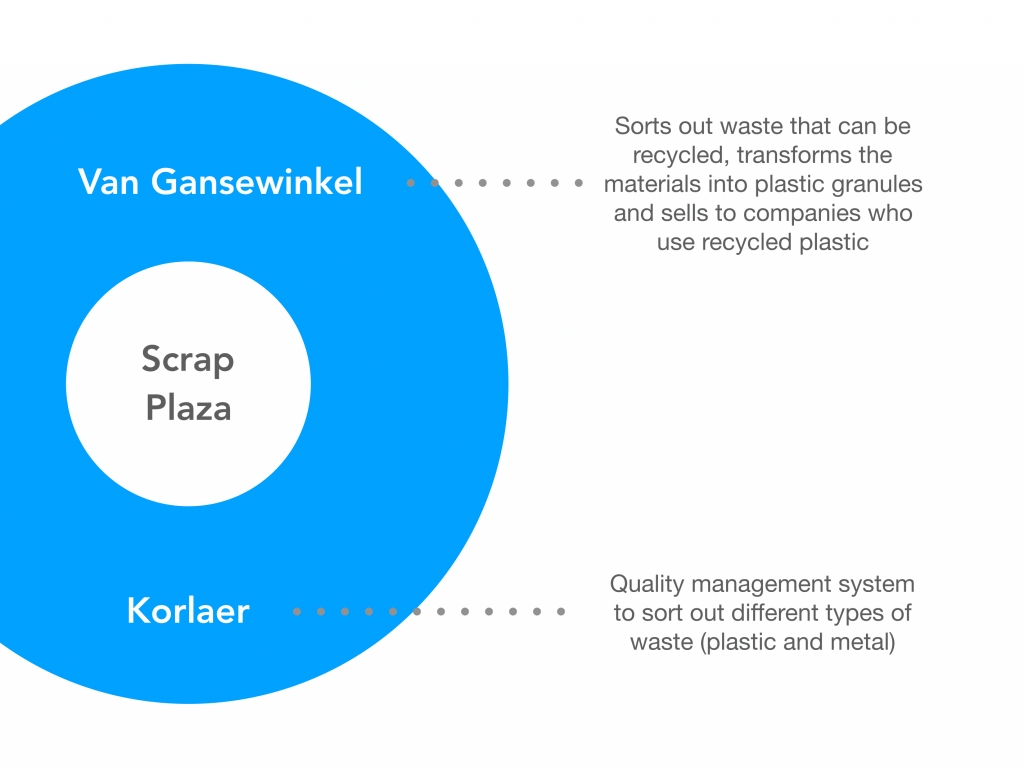 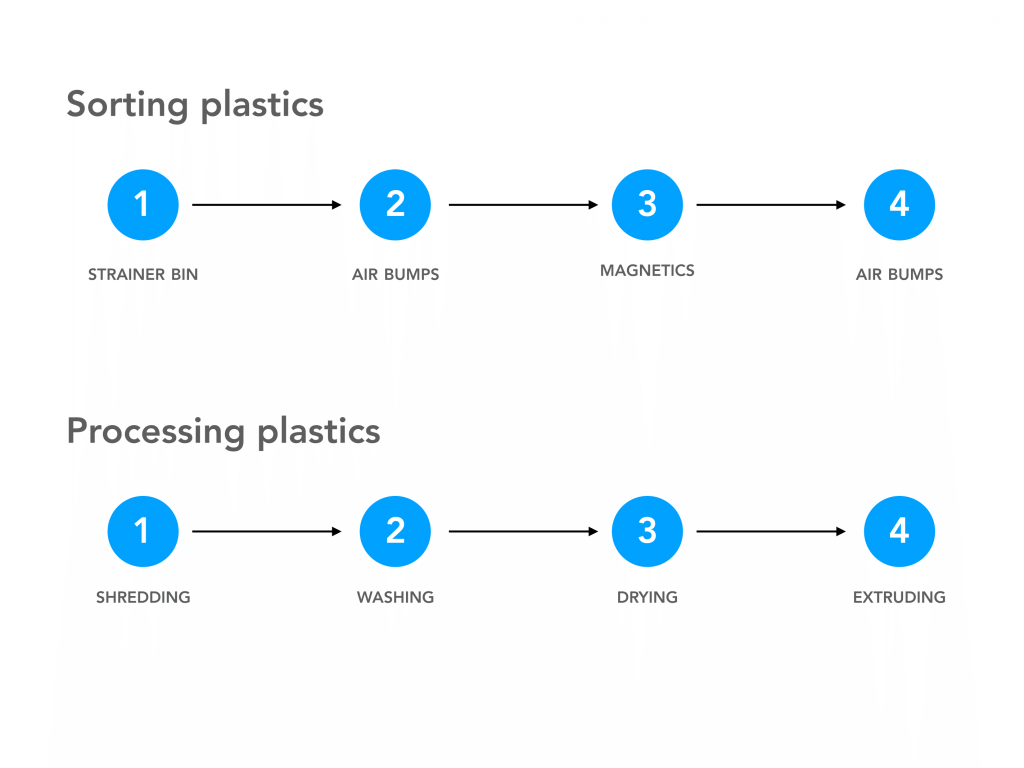 During this Sprint, we tried our best to understand the process of plastic recycling in general. We also looked up for start-ups, companies and communities dealing with plastic waste. As a deliverable, one of the prototypes were the Flash-cards with information about the potential partners. The motto was to satisfy the user need of finding potential partners to form a corporate bond. Also, to provide a simple user experience. These flash-cards were handy to use, simple to understand and provided appropriate information to encourage the strategic decision making. 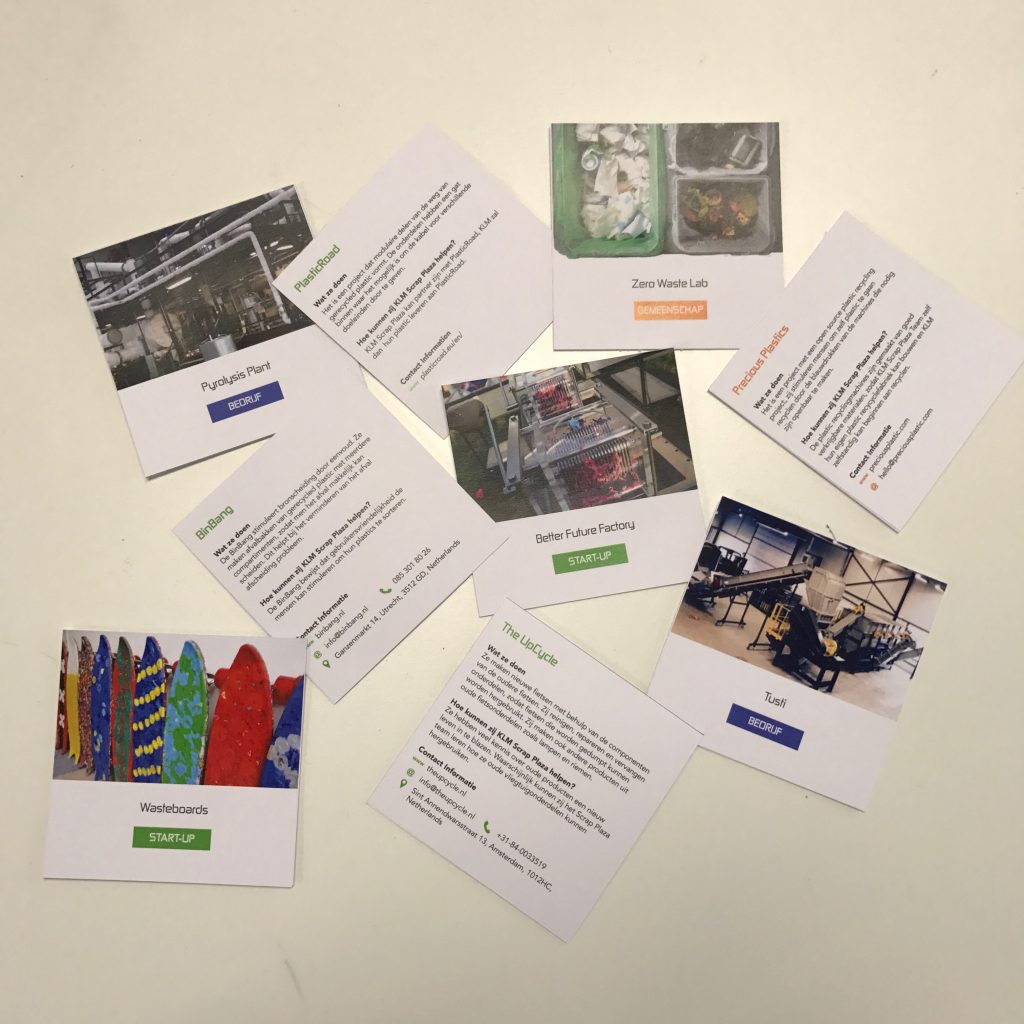 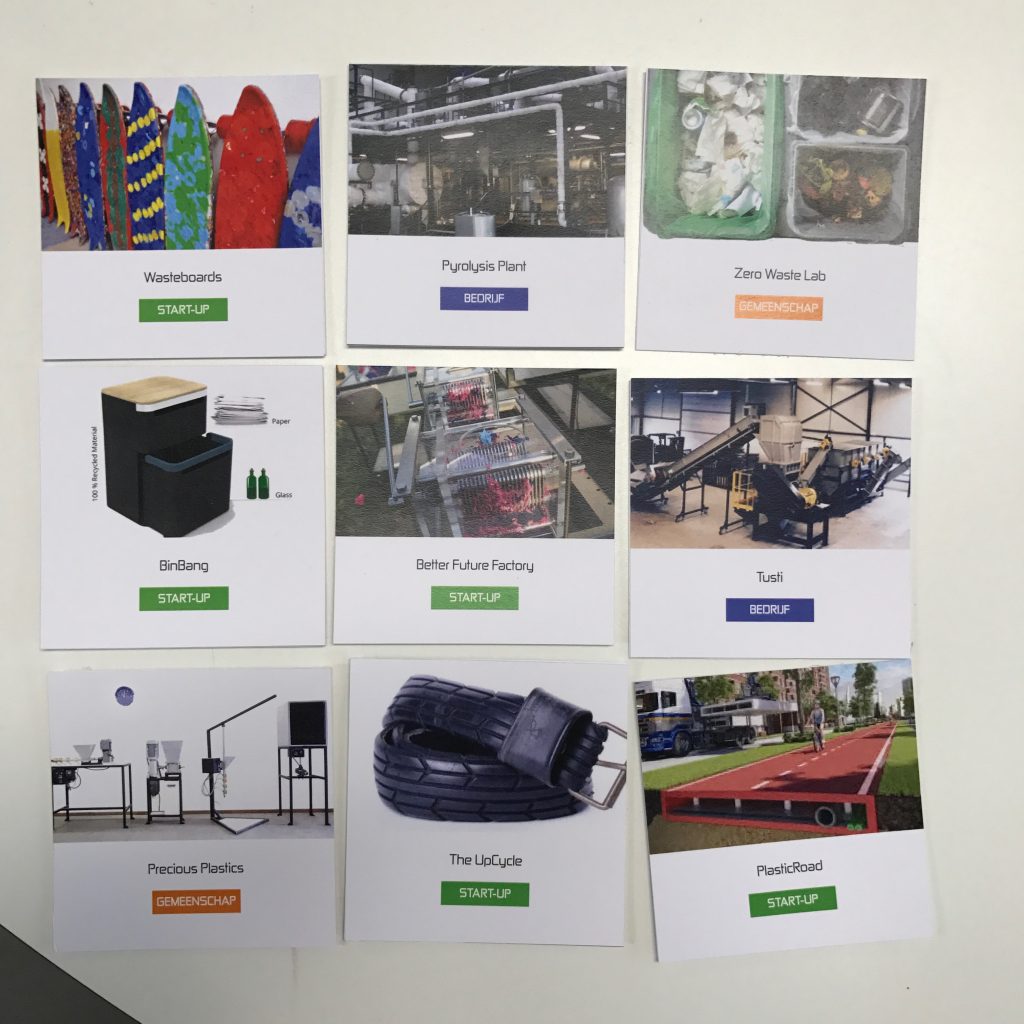 As it was still our first Sprint, we had many pieces of the puzzle that were missing. To try to find and fit these puzzle pieces we thought of another prototype or rather a model to study and understand our client/user and that is ‘LEGO Serious Play’.

To customize it we also added post-its and other creative accessories as the tools to express the idea. We set the ‘LEGO Serious Play’ in a workshop format with 2 distinctive rounds. 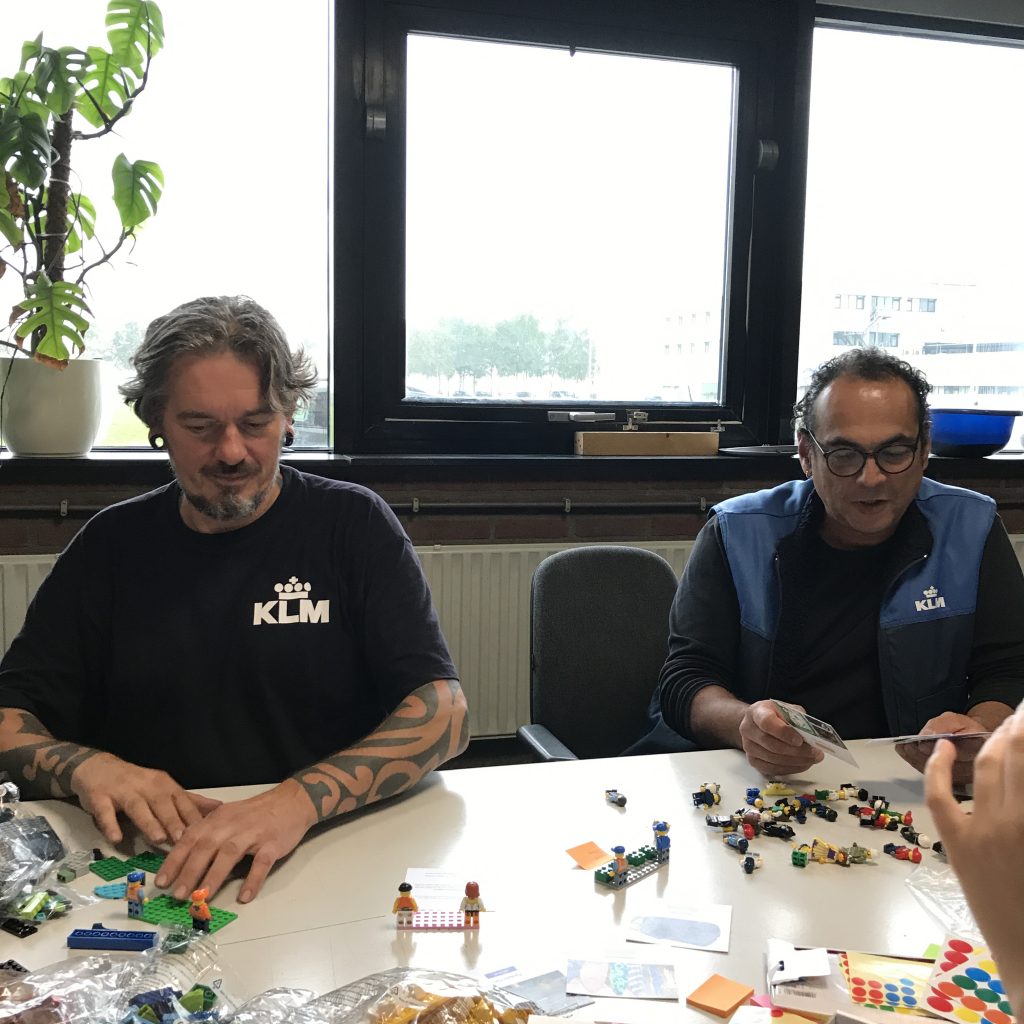 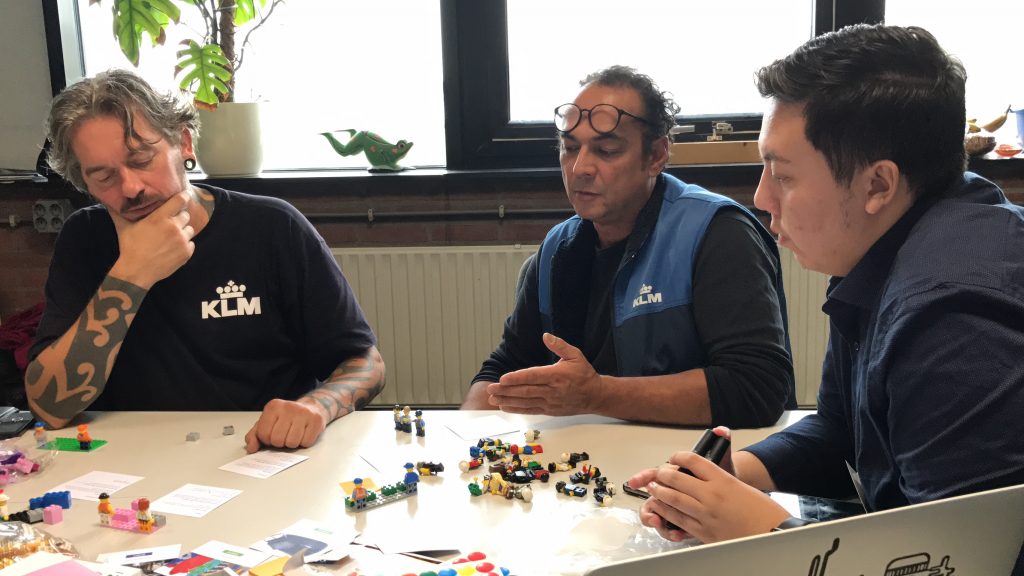 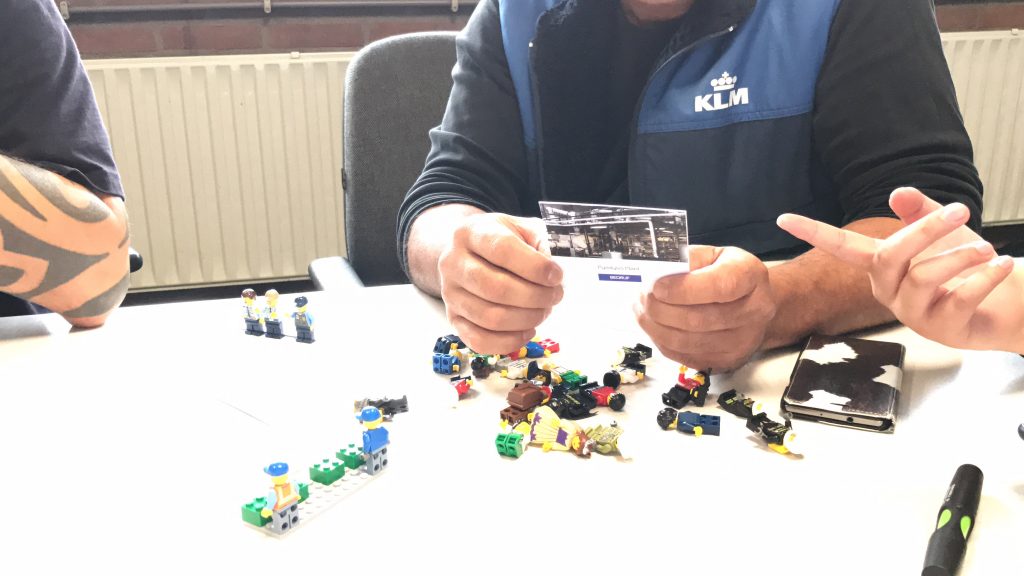 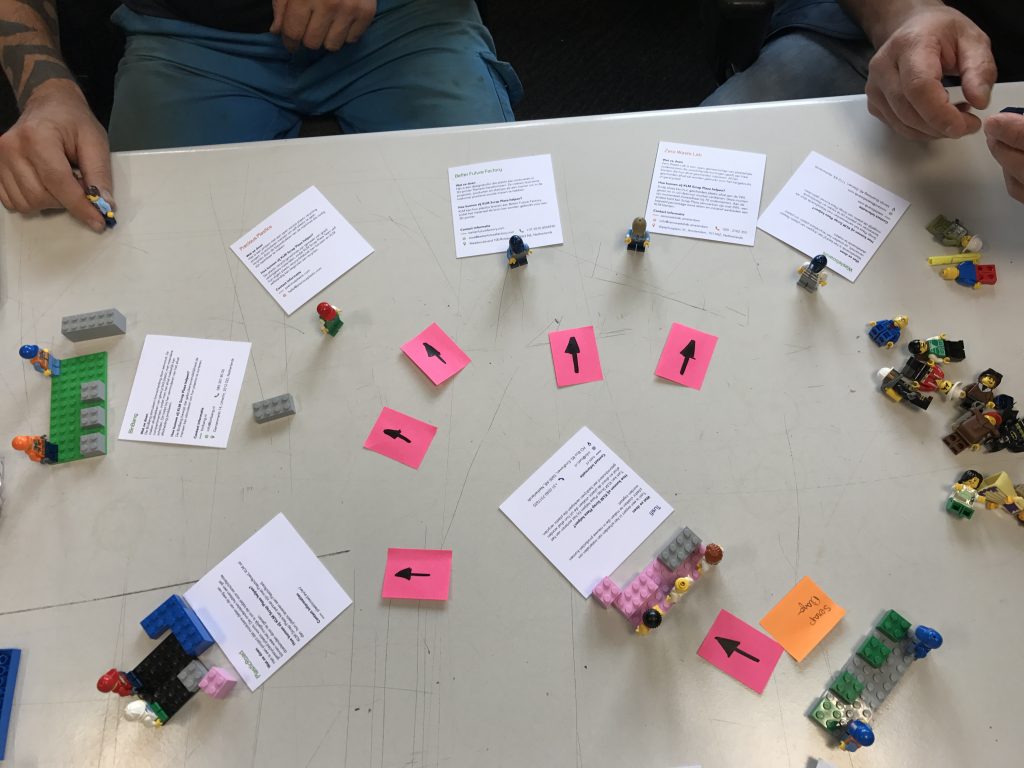 Conclusion from the Sprint 1 is that it was a successful sprint. We delivered the prototypes which benefited KLM Scrap Plaza and in return gave us more valuable insights about the client/user needs. It gave us direction to move forward for Sprint 2.