After the review for the sprint 4, we were clear about our goals for the coming sprint. Our clients liked the concepts and ideas we provided them and they were ready to implement it in future as long as we made certain improvements and provided them with the implementation road map. We planned to go meticulously, step by step to refine and finalise the organisational blueprint.

Just before the holidays:

Sprint 5 was one of the shortest sprints. In this short period, Andrew finished the first draft of the wireframes for the Monitoring Tool. Monitoring tool is an application for employees at KLM Scrap plaza and its providers to collect data about the flow of waste plastic. Camila and I, refined the organisational blueprint to the extent that it will be pinned down and finalised. Sarita was working on the concept of E-shop. 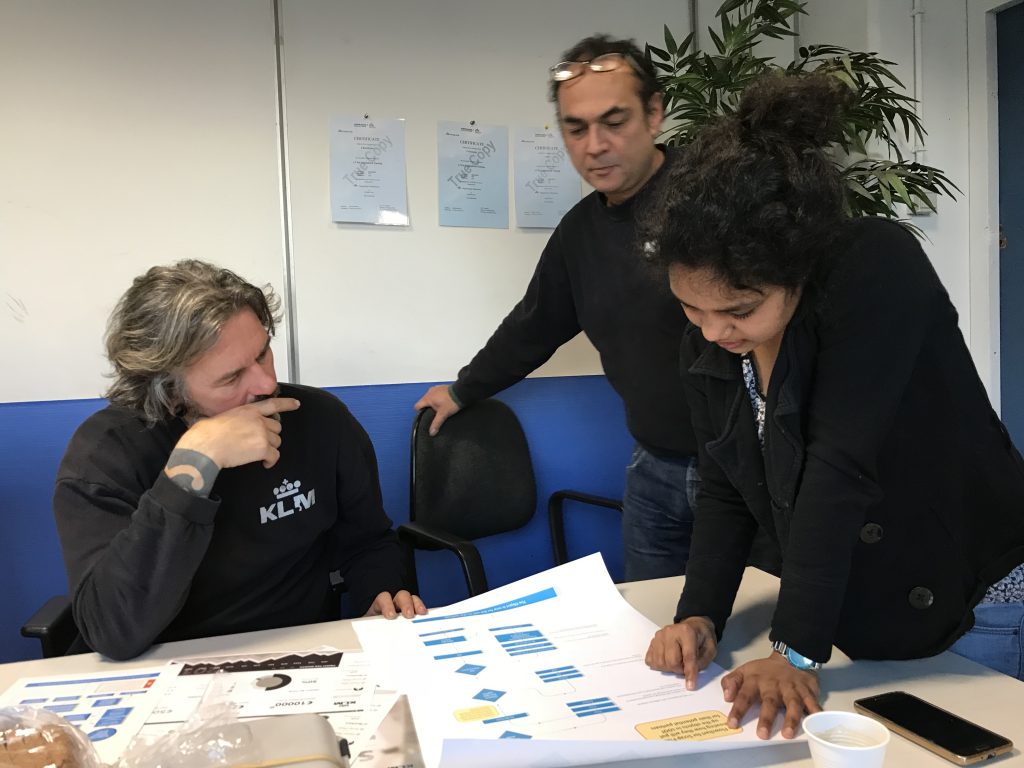 After the every review and at the end of the sprint, we have a retrospective session wherein we discuss our shortcomings and scope of improvement for the team to successfully accomplish goals in the future sprints.We take this session seriously because we intend to learn from the mistakes we made in the past sprint and do better in the future.

Felipe Escobar is our coach and a facilitator. He is a mentor and a guide for this project. Under him we have been learning, improving and also making mistakes sprint by sprint. We follow his suggested method for retrospective that is a ‘Sailboat method’. We draw a sailboat on water with an iceberg in front of it, an anchor at the bottom in the water holding the sailboat at one place , not letting it move forward and the wind that is supporting the sailboat to move forward. 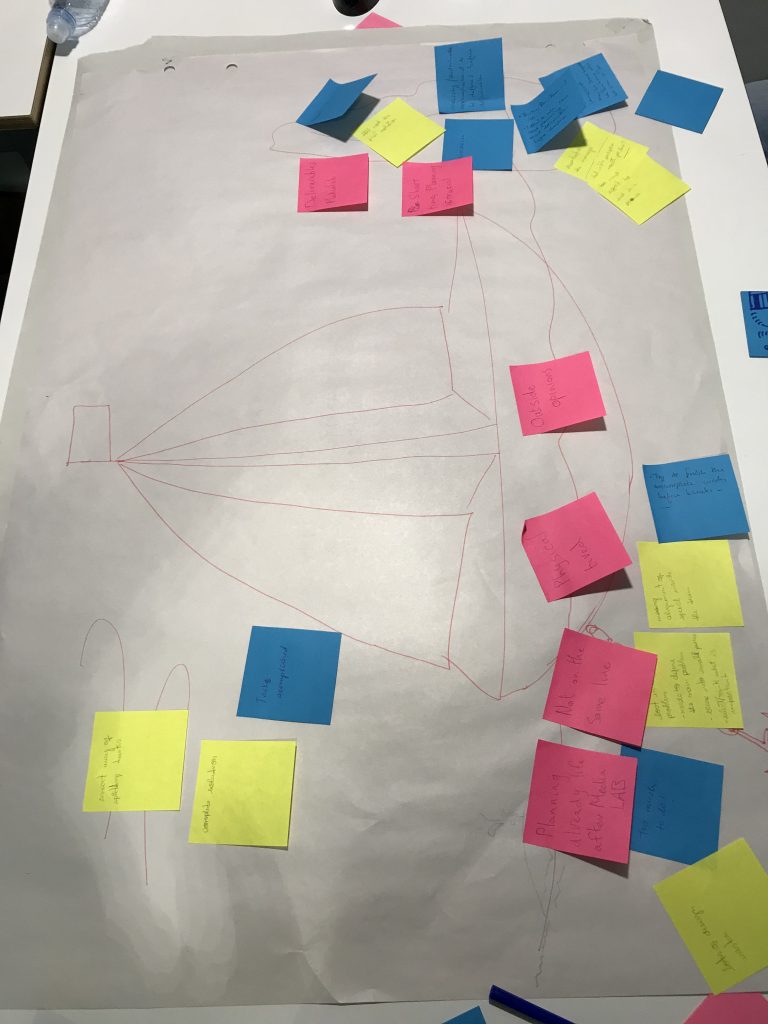 The idea is that we are the sailboat, the iceberg in front of us are the future hurdles, the anchor are the issues or the problems that are preventing us to grow or move forward in direction of success and the wind is the support system or the positive tasks that are leading us towards the final goal.

Every sprint we have been following this retrospective method. Initially there were more anchors and less wind to support the project. Gradually as the project proceeded, anchors became lesser than wind and icebergs. The biggest iceberg being the completion of the project before the deadline. Throughout the project, Felipe was helping us with everything and more. His honest support and valuable insights have been useful.

During this sprint, we also got to speak to an expert for the translation session. We were in discussion with Clarissa Biolchini. She studied Design and has a postgraduate degree in Art History. She also holds an MBA from COPPEAD / UFRJ. She is a Professor of the undergraduate degree in Design at PUC-Rio, FGV’s MBA Marketing and THNK School of Creative Leadership, Amsterdam. She is an author of the preface to Marc Stickdorn’s book “This is Design Thinking for Services” and co-author of the upcoming book by the same author, “This is Service Design Doing” to be released soon in Germany.

It was a pleasure to talk to her. The meeting was one of a kind for many reasons, firstly, because it was snowing heavily in Amsterdam on that particular day and we had to conduct the discussion session in a cafe near HvA. Secondly, because Clarissa’s insights about our project were an eye opener. She provided her comments honestly, showcasing the harsh reality of our project. She showed us a way to improve and that was indeed a successful translation session.